Risk Heatmap Report | What is depicted in the table beneath the Heatmap?

The following logic pertains to the table that is depicted beneath the heatmap matrix in the Risk Heatmap Report.

Due to spacing limitations, the heatmap can only contain a maximum of 11 risk nodes in a single field on the matrix. Therefore, the additional risk record IDs are listed according to their allocated consequence and likelihood from the matrix, as given below. 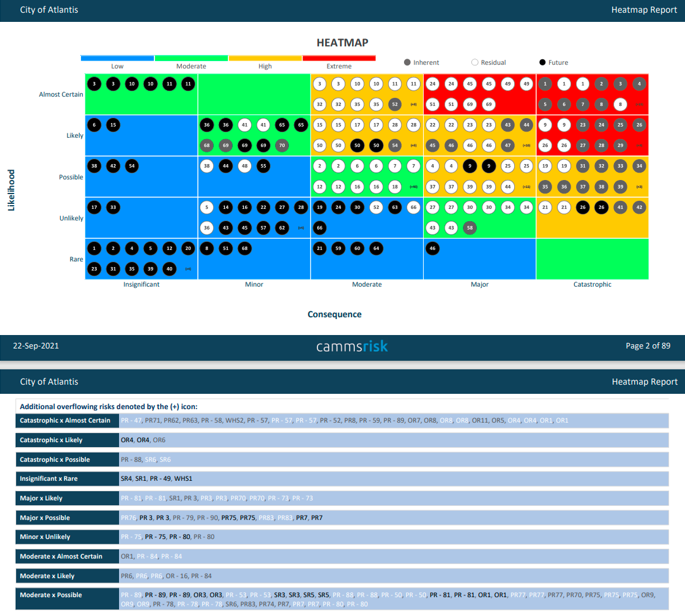 The first column in the matrix indicates the interconnecting x-axis (Consequence) to y-axis (Likelihood) field in the heatmap. For example, ‘Catastrophic x Likely’ refers to the intersecting data field between the ‘Catastrophic’ column in the x-axis and the ‘Likely’ row from the y-axis.

Did you find it helpful? Yes No

Send feedback
Sorry we couldn't be helpful. Help us improve this article with your feedback.